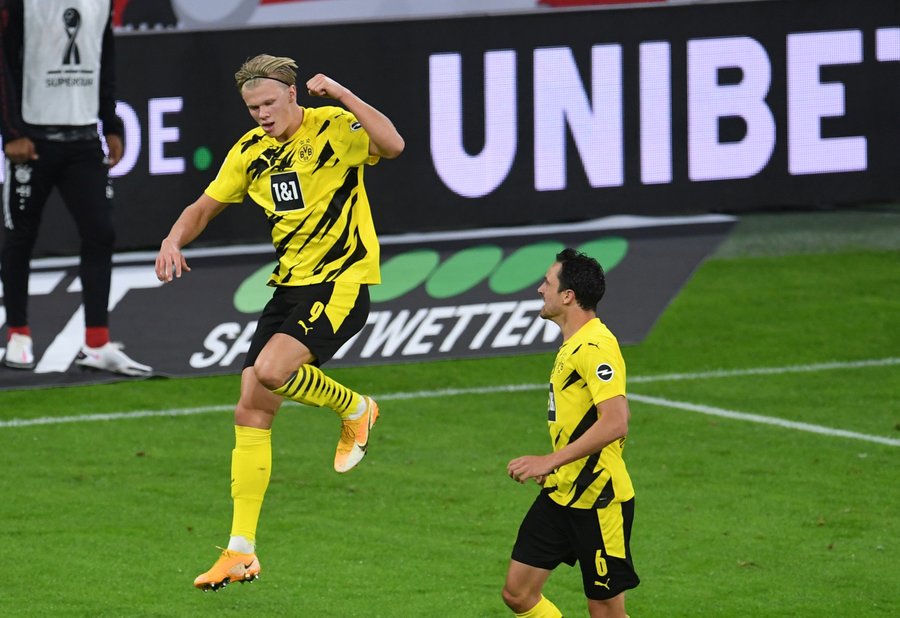 Tiger Punch, October 1st. Bayern played against Dortmund in the German Super Cup. Haaland scored in the second half and helped Dortmund to tie the score to 2-2 when he was behind by 2 goals!

This game was Haaland's first participation in the German Super Cup, and he scored a goal. Coincidentally, Haaland represented Dortmund in the first Bundesliga, the first German Cup, and the first Champions League match also scored in the account, which can be said to be a veritable "king of the first show".